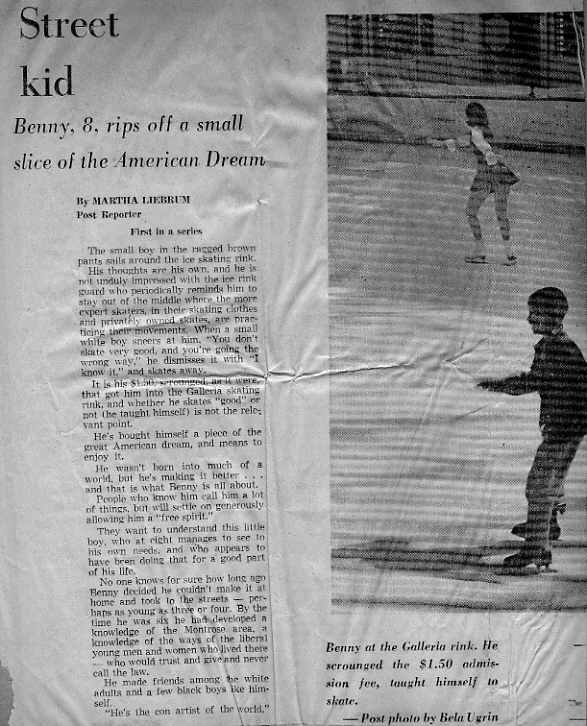 From the parents' point of view, Benny Beasley represented the opposite of Rachel Barchus. He was a fearsome little ragamuffin.A waitress near the school had found Benny sleeping under her porch, taken him in, and asked me if I would let him in the school without tuition. It suited me fine, because I wanted Lille Skole to be as open to all children as any public school. We had to be fully integrated if we were going to be "replicable."

The other children at Lille Skole were kind to Benny and eager to learn from him. They didn't make any special allowances for him, but accepted him as an equal, as they did everyone. Benny soon became "best friends" with Andy Hobby, a son of one of the most influential families in Texas. What a pair they were!

On the other hand, Benny drove the parents crazy. I spent hours talking to parents who were trying to find some way to make a case for expelling Benny without using any racial terms. One family threatened to sue. The Hobby family gave up on Lille Skole. Other parents, I am positive, started looking for some conscience-free escape. Later, they found an excellent portal.

In the first months of Lille Skole's existence, I had become a self-taught publicist. Benny's picture and incredible street life made a good story. The series above graced the Houston Post, a daily paper (owned by the Hobby family, incidentally). One unfortunate bounce from all the publicity was that Benny's main vocation, stealing bicycles, became well known. Angry middle-class strangers would appear at the school demanding that I get their bicycles back for them!